Posted on October 8, 2018 by Fragglepuss

If you want to see last year’s recommendations, you can find them here:

This recommendation is about the whole Ueno area, but specifically the three areas mentioned above that make up a large portion of Ueno.

Ueno Park is one of Japan’s first public parks, opened in 1873 on land formerly belonging to the temple of Kan’ei-ji. It is a huge park, spanning 133 acres. It contains museums, a zoo, Buddhist temples, Shinto shrines, baseball fields, and beautiful natural features. I was lucky enough to be staying close to Ueno and spent a portion of several days there. I was lucky to stop by during a local festival weekend and experience the entertainment and food that accompanies the event. I love Japanese festivals! The food and drinks were amazing! They serve a super cold beer that’s topped off with a frozen beer head. It was so refreshing on a hot summer day. I could have spent a whole vacation in Ueno Park, but I guess it’s best to see more of Japan than just one wonderful park. 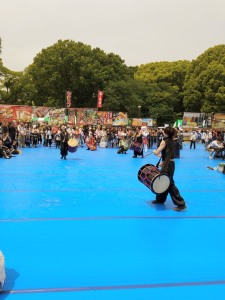 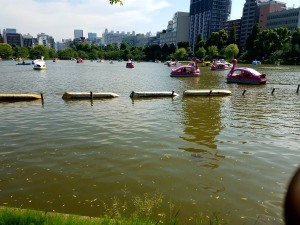 Within the park is the 35-acre Ueno Zoo. Established in 1882, it is the oldest zoo in Japan. I was impressed with a lot of aspects in the zoo. If you’ve ever been to Japan, you know what perfectionists they are. The zoo is no exception. It is as clean as a zoo can be, the animals are fed with fresh ingredients, and it is well organized. I was surprised that admission was only 600 yen for such a nice zoo. The main attraction are the pandas, which Japan takes great pride in. In order to see the pandas you have to wait in line early to get a ticket, which is to limit the number of individuals that can visit the panda each day and prevent overcrowding. If you are anywhere in the Ueno area look around and you will see panda-related items all around you, from specialty Coke cans only sold in Ueno to bread in the bakery in a panda shape. It’s pretty cool how proud they are of their pandas. 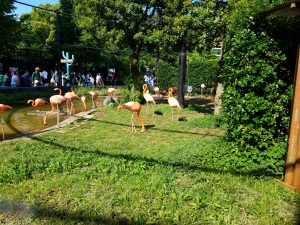 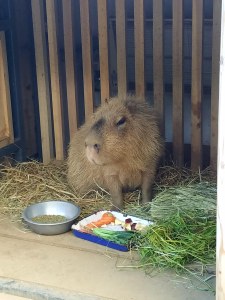 Just outside of Ueno Station and adjacent to the park is the Ameya Yokocho shopping district. If you’re leaving the station you can’t miss it, just look for the giant sign welcoming you to the market. It’s a fun place to look for anything and everything Japanese. There’s delicious fruit if you’re looking for a snack, there’s video game arcades 5 stories high, and there’s the more touristy fare of flavorful Kit Kats and other souvenirs. The shopping district is interesting in how it spans for blocks and blocks, never ending. 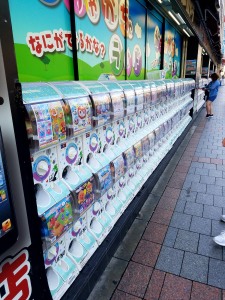 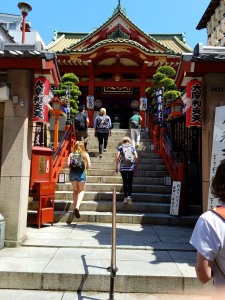 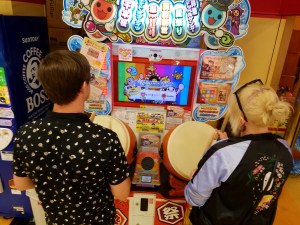