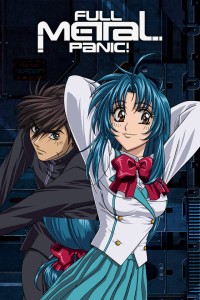 Summary: 17-year-old Sousuke Sagara is a sergeant working for Mithril, a private military organization tasked with ending worldwide terrorism and other threats to peace. He has been ordered to protect against a potential threat to Kaname Chidori, a high school student with extraordinary potential that believes herself completely ordinary. Chidori is unaware of the situation and Sousuke must remain anonymous as to not raise questions from the other students. The problem is how Sousuke was raised in the military system, possessing little knowledge of the average high school life! This may be his most difficult mission yet!

Full Metal Panic blends military action with high school comedy in a way you wouldn’t think possible. The two genres don’t sound particularly compatible but Full Metal pulls it off. The animation is well done for what it is. It has the look of 90s anime where noses still existed and the hair had more detail. The opening and ending songs are a good listen and held my interest at the beginning and ending of each episode. The distinct and unique characters are the highlight of the series. Chidori and Sousuke’s contrasting personalities complement each other well and the supporting cast adds to the show.

You might enjoy this if: You are into anime that takes you on a journey all over the place, from high schools to hostage situations.

You might not like it if: The plot sounds too farfetched and you want something down to Earth.

Note to the Viewer: Believe it or not, Full Metal Panic is coming back after a decade of being off the air! The anime will premiere April 2018 and will be a continuation of the original story. 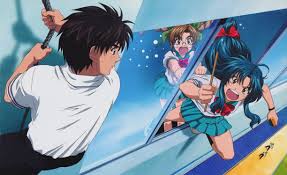