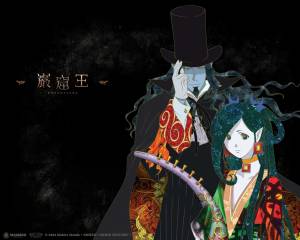 Gankutsuou: The Count of Monte Cristo

Summary: Gankutsuou is loosely based on the novel “The Count of Monte Cristo” by Alexandre Dumas. It follows the series of bizarre events of aristocrat Albert Morcerf when he befriends a wealthy nobleman, The Count of Monte Cristo. Despite his friend’s warning, Albert trusts the Count to the point of inviting him to meet his upper-class family. If only Albert was wise enough to realize the Count has an ulterior motive.

The first thing you’ll notice about Gankutsuou is the unique animation which utilizes Photoshop textures, layering them into digital animation with backgrounds often rendered in 3D. There is an emphasis on it being loosely based on The Count of Monte Cristo. The anime takes place far in the future, 5053 to be exact, as opposed to the late 19th and early 20th Century of the novel. However, the anime does maintain a lot of the original French aesthetic.

You might enjoy this if: You have been waiting for a fresh new take on The Count of Monte Cristo story that turns it on its head.

You might not like it if: The unique animation is too distracting to pay attention to the story. Normally I would say to give a series three episodes to grab your interest, but if the animation is driving you crazy after the first episode it will probably annoy you throughout the whole show.

Note to the Viewer: Both the opening and closing themes are by Jean-Jacques Burnel of The Stranglers, so you know who to look for if you love or hate it. 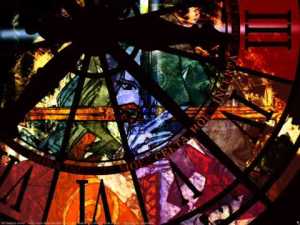