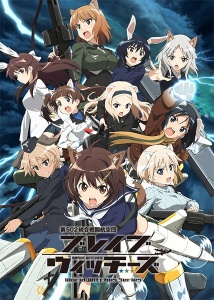 Summary: The year was 1939. Humanity was suddenly forced to stand against a mysterious new threat. The Neuroi invasion had begun. In the blink of an eye, the Neuroi had successfully laid siege to most of Europe. Millions lost not just their home, but their homeland. To combat the Neuroi menace humanity had to create a new type of weapon. They devised the Striker Units, war machines that could only be operated by young women with magical powers known as Witches. Witches from all across the globe gathered together, willing to use these Striker Units to take the fight to the enemy. A unit of Witches was formed. To the commanders of the Allied Forces they were known as the 502nd Joint Fighter Wing, but among enlisted forces and civilians they were fondly known as the Brave Witches.

Brave Witches is a spin-off of the Strike Witches series created by Humikane Shimada. I thought I had seen it all but this one is really out there. The witches look like your standard anime girl with cat ears from the waist up, but below the waist they have planes for legs, propellers and all. It’s worth watching an episode just to see what the show’s all about.

You might enjoy this if: You are ready to go down the anime rabbit hole.

You might not like it if: You want to remain on the surface of the anime iceberg.

Note to the Viewer: Humikane Shimada, creator of the series, has created several military girl anime. If you’re looking for more in that specific genre, check out his other works. 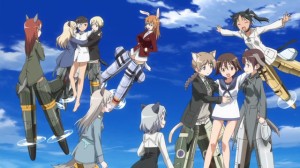