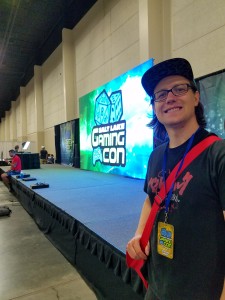 The third annual Salt Lake Gaming Con (SLGC) took place this weekend at the South Towne Expo Center! SLGC has always provided a wide variety of entertainment for every type of gamer, whether you prefer PC, tabletop or console gaming. Vendors and exhibitors generally come to mind when talking about geek conventions, and SLGC has a variety of exhibitors. Microsoft and Playstation had full booths with opportunities for VR play. Special guests included several voice actors, including Overwatch’s Anjali Bhimani (Symmetra), Josh Petersdorf (Roadhog), and Feodor Chin (Zenyatta). Ed Fries, the father of Microsoft Gaming, was the keynote speaker. 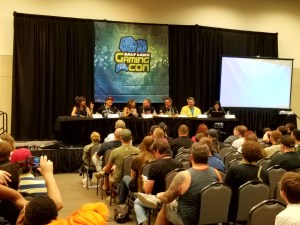 Free-play games were available throughout the con. Salt Con provided an extensive tabletop library, including my favorite: Dead of Winter. Love that game. A pinball arcade was available, with tournaments all weekend. Consoles were setup with Super Smash Bros, Mario Kart, Rocket League, and all manner of games. An extensive retro booth had classic console games available to play. You could try your battle skills in the LARP arena or your shooting skills in a NERF war. Tournaments ranged from PC games like Overwatch to regional events hosted by Fantasy Flight. The tournament finals were played on the main stage, which was more organized than previous years, with broadcasters and everything. I’ll say this though, one of my favorite parts of the con was when Josh Petersdorf, the voice of Roadhog, was playing Overwatch on the main stage and the voice actors for Symmetra and Zenyatta were providing commentary.

Thanks to everyone that attended our panel at this year’s con on Essential Gaming Anime. We covered a variety of topics including: anime about gaming, anime-inspired tabletop games, and video games with roots in anime. Look for the full summary soon.

Overall Salt Lake Gaming Con is an entertaining experience. If you are ready to immerse yourself in gaming and be a part of the gaming community, this is the convention for you. 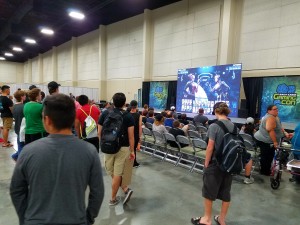 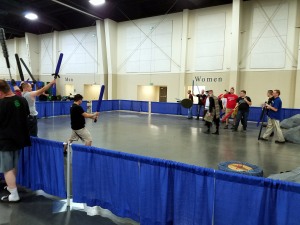 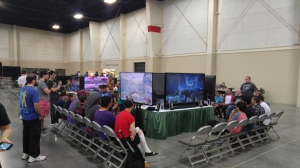 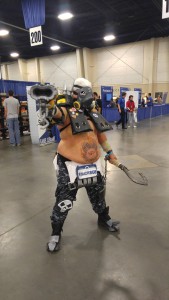 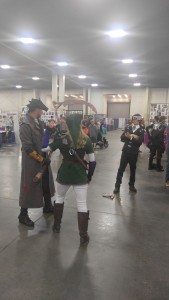 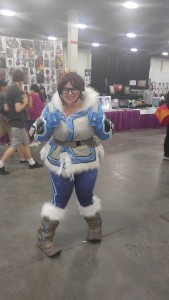 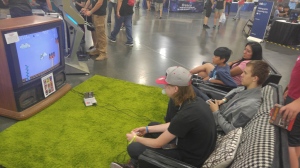 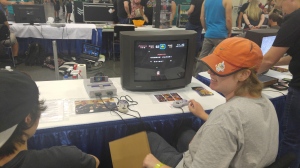 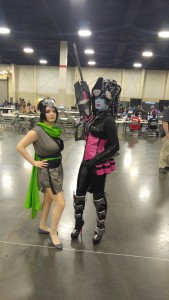 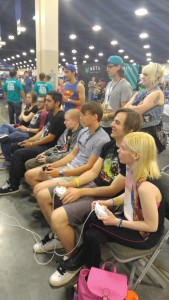 Photos courtesy of Breanne Evans. Feel free to share photos, but please give credit to Fragglepuss.com.