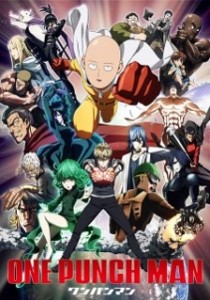 Summary: The world is full of individuals with superpowers. As such, there are both heroes and villains trying to accomplish their goals. Saitama is about as normal-looking as they come. His expression is blank, his head is bald, his physical build is average, and even his superhero outfit is bland. However, Saitama is more than meets the eye, he is an incredibly powerful superhero that is looking for tough opponents. His main problem is that anybody he fights gets knocked out in one punch…Yes, he is a One Punch Man!

While the premise of One Punch Man is fairly simple, the manner in which it is carried out is wonderful. It mixes action with comedy in a great way that makes you laugh and keeps you interested in what is going to happen next. The world of One Punch Man is fun due to the wide variety of characters and superpowers. There is a lobster-man that for some reason only wears briefs! I mean, what’s the deal with that? Where other characters stand out with their bright and colorful appearance, Saitama is unique in his plain appearance, which makes him stand out in this fictional world. It is an interesting feature of the anime to have the protagonist be the character with the most basic appearance.

I was surprised about the lack of blood and violence in the series. While there is obviously some violence, it is mainly carried out in a humorous manner, it is not gruesome, and a lot of the time there isn’t even blood where there normally would be. Despite being an action-packed superhero story full of fighting, it is still appropriate for most audiences.

You might enjoy this if: You want to watch an action-comedy that does not take itself too seriously. A lot of the humor comes from playing on anime tropes and clichés, so if you are familiar with some of the classic action anime, this will be right up your alley.

You might not like it if: You don’t do well with the “hype-train”. One Punch Man was probably the most popular new anime of 2015, and it’s still getting all the attention.

AMV – A Little Faster by justSyker 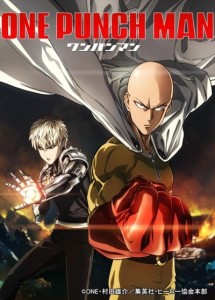