Review of Anime Banzai 2015 Day One

It is the first day of the 11th year of Anime Banzai, Utah’s premiere anime convention. The convention is being held at the Davis Conference Center, the same location it has been at for several years. Guests at Anime Banzai include: Michelle Ann Dunphy, Bill Galvan, Christopher Escalante, Tanglwyst de Holloway, Danielle McRae, Warky T. Chocobo, Laura Post, and David Vincent. The guests all came out during the opening ceremonies and stuck around for a Q & A session with attendees. 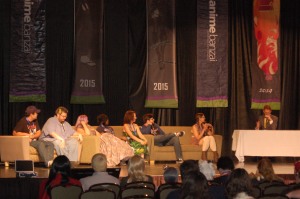 The video game room is back at Banzai, containing a variety of stand-up arcades, dance dance revolution-style games, Super Smash Bros, and other games. The card/board game room is also back at the convention, with card tournaments going on throughout the weekend. 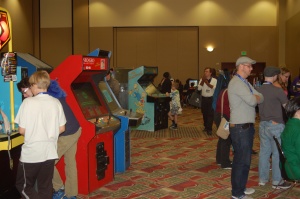 I always love the artist alley and vendor area. The artists provide quality wares and the vendors sell quality goods. The problem with these areas at Banzai is that they have outgrown the rooms they are in. There are long lines to get into the areas, which is difficult because competing conventions in the area have vendor areas that are completely open to roam, with no line to get in once you are inside the convention center. This is one of the examples of how Anime Banzai has outgrown the Davis Conference Center and needs to change locations if they want to grow.

Anime Openings: There to Us. The focus of this panel was comparing Japanese to U.S. openings of anime from decades ago. Anime like Gigantor, Gatchaman, and Pokemon were shown. It was interesting to see the difference between Japanese and American openings. 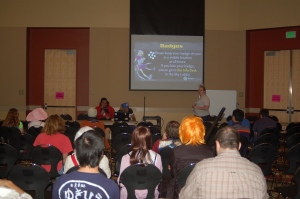 Japanese Culture 101 was a nooner panel… a panel at noon. The panelist went over Japanese history, from Centuries ago to present. It was an informative panel that was helpful in learning about how Japan became the nation it is today. 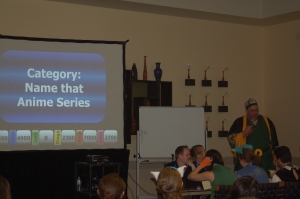 The theme of Cosplay Chess for 2015 was Modern vs. Retro. For those of you unfamiliar with cosplay chess, it is exactly like it sounds. A life-size chess board is combined with cosplayers acting as the pieces. It is an intense chess battle that imitates Wizard Chess in Harry Potter.

We recorded an Anime Happy Hour special edition podcast of Anime Banzai 2015, chatting about all of the goodness that is Anime Banzai. The consensus is that it’s been a fun convention so far and should get even better tomorrow. 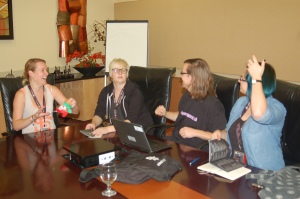 As a whole the convention was crowded, but not overly crowded on day one. There was the usual variety of fun activities to take part in, panels, games, dancing in the courtyard, etc. There was a lot of quality cosplay on the first day of the convention, and I’m sure it will get better and better throughout the weekend. 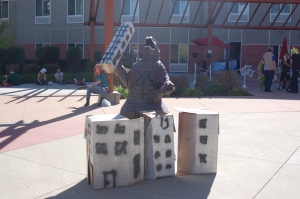 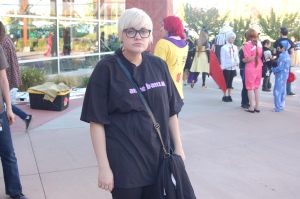 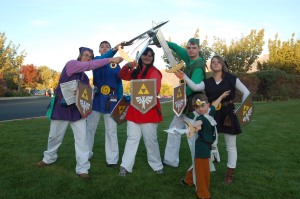 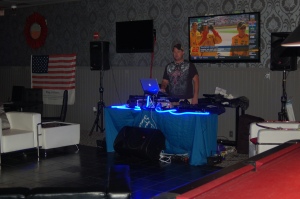 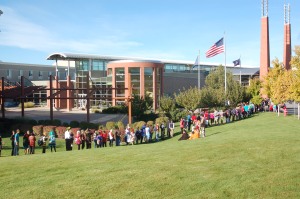 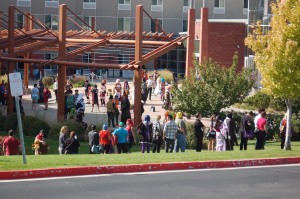