“The Latest and Greatest in Anime” Panel. Presented at Salt Lake Comic Con 2015

The Latest and Greatest in Anime. Presented at Salt Lake Comic Con 2015 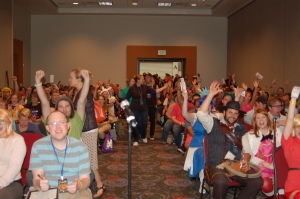 The following is a list of the anime we reviewed for our panel on The Latest and Greatest in Anime at Salt Lake Comic Con 2015. In the panel we reviewed new anime that started airing in the past year. There are a significant number of new anime, 50+ each season, so it is not possible to review everything that has started airing. We appreciate everybody that came to our panel. Here is a short summary of each anime so that you can read through and get some ideas on new anime to watch. For a full audio recap of the panel with detailed descriptions of every anime covered, check out the Anime Happy Hour podcast at: https://youtu.be/bl5Mna0AUkQ

Giftia are a new type of android that possess human-like qualities but have a limited lifespan. The Terminal Service retrieve Giftia as they expire, but are often met with resistance from the owner.

Is It Wrong to Try to Pick Up Girls in a Dungeon?

A fantasy world with a town centered around a dungeon and adventurers aplenty. 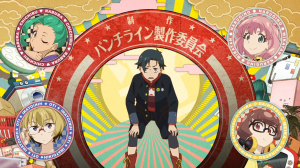 Yuuta must avoid seeing panties, not just because of the risk of getting a nosebleed, but because if he sees them, the world will explode!

Asahi has a reputation for not being able to keep a secret. What will he do when he finds out his crush is actually a vampire?

Ergastulum is a shady city full of mafia, drugs, prostitutes, and all manner of dirty dealings. Nic and Worick, The Handymen, take care of the jobs no one else will touch.

The psychologist Ryou and his distracted nurse Asuna explain various mental illnesses to the viewer in this short-form anime.

After a simultaneous death, humans go to a sort of death limbo, where they must play a game to reach the real afterlife.

Your Lie in April

This anime follows the piano prodigy Kousei Arima, who quit playing piano under unfortunate circumstances until he meets Kaori, a pretty, free-spirited violinist. 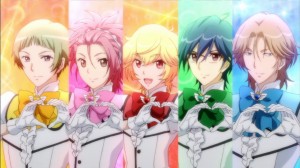 Magical boys! Five ordinary boys gain powers from a space alien wombat to become “The Earth’s Defense Club”. They must stop the “Earth Conquering Club” with their LOVE powers.

Takeo is very large compared to his peers and has always wanted a girlfriend, but would fall flat to his devastatingly handsome best friend. After he saves sweet Yamato on the train, love begins to blossom.

This musical story focuses on euphonist Kumiko, as her school’s band strives to make it the national competition.

Special abilities manifest among young kids. Yuu utilizes his powers to cheat through school until he is discovered by Nao, a young girl who has made a school for gifted individuals.

Aoi Tokura is used to being mistaken for girl. After having a very bad day he finds himself working at a cocoa shop, until his past catches up with him.

Follow Ushiro as he learns to wield the Beast Spear, a legendary weapon. All while keeping his new yokai companion from getting them both into trouble.

Ever wonder what would happen if our modern world crossed paths with a medieval work of magic? Watch Gate 7 and find out.

Which magical girl Chinese zodiac symbol will reign supreme in this year’s “ETM 12” tournament? Only they the strongest can dethrone the powerful rat.

Several grisly murders take place in an unassuming high school. It’s up to Kobayaki and Akenchi to solve these crimes and stop the killing spree.

A portal to the “Beyond” has flooded New York City with the paranormal. It’s up to crime fighters, Libra, to clear the streets of trouble. 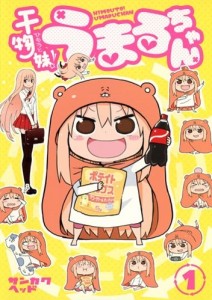 Umaru seems like the perfect sister, sweet, intelligent and popular. Until she gets home! Sleeping, watching TV, eating junk food and leaving all the housework to her older brother.

A young man who aspires to one day outcook his father enters an elite cooking high school, where culinary battles are commonplace.

Rokka: Braves of the Six Flowers

As the Demon God emerges the six Braves are chosen to defeat him, however there is an imposter among them. 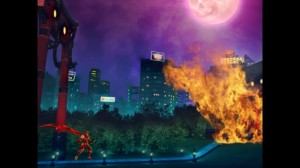 Possessed by a Ninja soul a grieving husband and father takes his revenge on the Ninja of a cyberpunk metropolis.

A mysterious creature has threatened to destroy Earth. But first he wants to teach a class of junior high school students who must assassinate him before the end of the school year. 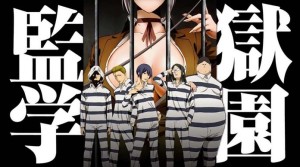 Five boys have finally been allowed into an all-girls school. An attempt to peep into the girl’s bathroom lands them all in a literal prison on school grounds.

Seraph of the End

A virus kills all humans over the age of 13. Vampires use the children as blood donors. One boy escapes and begins his journey of revenge.