Summary: Nanana Ryugajo and her group of genius students, known as the GREAT 7, launched a project to construct an artificial island called Nanae Island. 12 years later, there is a total population of 100,000 people on the island with the majority of inhabitants being students. Nanae Island has successfully become prosperous as a special student zone. One of the island’s newest residents is Jugo Yama, a seemingly normal high school student who had just transferred to the island after being disowned by his father. Upon entering his new apartment, Jugo finds it is inhabited by the spirit of Nanana Ryugajo, who was murdered 10 years ago. The only way to releash Nanana’s spirit is to solve the mystery of her untimely death.

Nanana’s Buried Treasure is reminiscent of a giant treasure hunt. Jugo joins a group that has been attempting to solve the mystery of Nanana’s murder. There are clues all over the island, and it is up to Jugo to find the clues, bringing him closer to the truth. The mystery of it all is fun and leaves you intrigued throughout the series. As a side note, since Nanana is a spirit, she does not sleep, so she spends her waking hours playing video games and eating pudding, because what else would you do if you were a restless spirit?

You might enjoy this if: You are ready for a light-hearted mystery/adventure with several enjoyable characters.

You might not like it if: You want a fast-paced anime. There are times that it seemed to drag.

Note to the Viewer: Pay attention to all the different types of pudding that Nanana enjoys, she’s quite the pudding connoisseur. 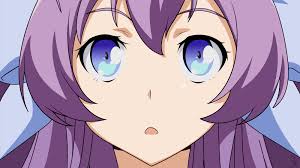