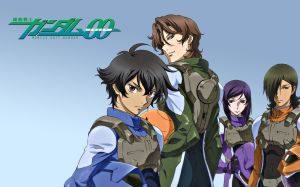 Summary: In the year A.D. 2307 fossil fuels have been depleted, so mankind began heavy usage of solar energy. Three orbital elevators with solar power systems are built. Each is controlled by a different entity; one by the Union (formerly United States of America), one by the Human Reformist Alliance (Russia, China and India) and one by the AEU (Europe). Being that not all countries are able to enjoy the benefits of this solar system, there is resentment and war around the world. A mysterious non-profit military organization known as Celestial Being appears, dedicated to end all warfare using Mobile Suits called Gundam. The irony being that Celestial Being vows to bring peace through war.

You might enjoy this if: You enjoy the Gundam universe.

You might not like it if: You want to watch an anime that does not take several seasons to explain the concepts introduced early on.

Note to the Viewer: Japan loves Gundam, and I mean LOVES Gundam.

Positives included the animation quality, the political aspect of the story, the opening and closing of each episode, the mecha, the way that the anime shows a post 9/11-type world, and the fact that it is very Japanese. I mean, Japan LOVES Gundam.

Mixed reviews included the complex storyline, some of the odd characters, and the fact that season two would have to be watched to get so many answers.

Negatives included that it felt very average, a tighter plot line was needed, inconsistencies in the Gundam suits, and the fact that there was potential that was not lived up to. 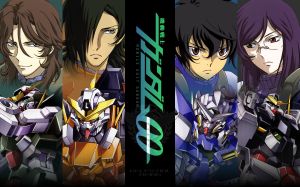