Psycho Pass and Philosophy: Does Reliance on Technology Help or Hinder? 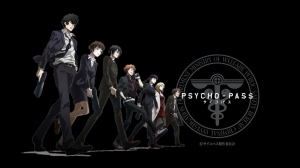 Psycho Pass is a graphic novel (manga) and animated series (anime) created in Japan. The story takes place in the 22nd Century, when technology has made it possible to instantaneously measure and quantify an individual’s state of mind, personality, emotion, desire, and inclination. This information is recorded and processed and calculates an individual’s Psycho Pass Index, which refers to the standard used to measure their well-being. The Psycho Pass Index is measured and analyzed by law enforcement to judge a potential criminal’s likelihood of committing a crime. The story centers around Enforcement Officer Shinya Kougami, who is tasked with managing crime in the advanced law enforcement world.

Psycho Pass introduces numerous new forms of technology, such as: Crime Coefficient Index, Psycho Pass Index, The Sibyl System, CommuField, Komissa, Holograms, Cybernetics, Psycho Pass Scanners, and Dominators. Each of these technologies are believed to improve human life by making a fair and just system, but they prove to not be perfect and have both positive and negative aspects.

The Crime Coefficient Index (CCI) is the numerical value of an individual’s probability to commit a crime. The value factors into the individual’s overall Psycho Pass Index. There are three value ranges for a CCI: 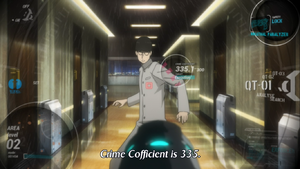 A Psycho Pass Index (PPI) combines an individual’s CCI with additional factors to create a Hue for the individual. Hues can range from clear to cloudy to black. PPIs can change over time and are kept on record with a history being shown through a graph whenever a scan is performed, allowing the scanner to observe if the individual’s PPI has deteriorated over time. On the positive side, the CCI and PPI systems have been rigorously tested and are highly unlikely to glitch, meaning the index scores given are highly accurate and help prevent crime before it happens. On the negative side, can a person be charged with a crime they did not commit? Can the Sibyl system be trusted to guarantee that a person was going to commit a crime and should therefore be punished for the crime without actually committing it?

The Sibyl System (Sibyl), is a hive mind made up of over 200 members that are criminally asymptomatic, meaning their CCI and PPI are unreadable. The duty of Sibyl is: “To create and manage all Dominators and scanner systems in-country and to monitor the behaviors of MWPSB personnel”, meaning Sibyl is the system that analyzes and assigns PPIs and CCIs in addition to overseeing law enforcement activity. The general population knows the Sibyl System, but is unaware of how the system works. On the positive side, Sibyl has been tested and proven to provide accurate CCIs and PPIs, which has resulted in a drastic reduction in crime rates. On the negative side, how Sibyl operates is kept secret from public knowledge because the government does not want society to know that Sibyl is a hive mind collection of people. The government tells the public that Sibyl is an elaborate and high-tech computer system which makes judgments based on mathematical formulations, not a collection of people making their own judgments. 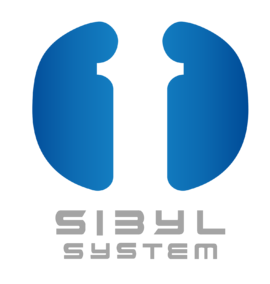 Psycho Pass Scanners (PPS) are similar to modern day security cameras, meaning they are found virtually everywhere and go unnoticed most of the time. PPS perform Psycho Pass scans on individuals that pass by, allowing law enforcement personnel to have up-to-date PPIs on the population. The positive is that potential criminals can be removed from society before committing serious crimes. The negatives include: reduction in freedom by being constantly monitored and scanned, and potentially being incarcerated for a crime that is potentially going to be committed.

The Dominator is a specialty handgun which fires electromagnetic waves and is carried only by authorized law enforcement personnel. The gun is bound to its owner, which means only a specific individual is able to use a Dominator once it is bound to them. While in the owner’s possession, Dominators are able to speak to the owner so that only the owner is able to hear. The necessity of this is to have the owner be able to point the Dominator at a target, have the Dominator analyze the target, and hear the target’s CCI and PPI, which in turn unlocks the Dominator for use if necessary. The Dominator will unlock to the following levels: 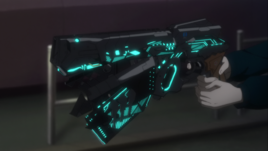 Psycho Pass utilizes many futuristic concepts of potential governmental technology. The technologies presented are both easy to accept and frightening because they present a realistic interpretation of how technology could be used in the future. Governments across the world in the present day use technology in ways they see fit in order to achieve their agenda. With advancing technology and additional time for society to accept governmental use of technology, it is easy to believe that society with be willing to give up freedoms in exchange for the appearance of safety. The world presented in Psycho Pass appears on the surface to be well-run utopia with a perfect government, but is shown to be a dystopia beneath the surface with dark secrets that is on the brink of a revolution.

Technology is generally blindly accepted without thinking of the possible side effects and trade-offs that come with it. Such is often the case with governmental uses of technology. Society accepts governmental use of technology under the assumption the technology will be used appropriately and for good cause. However, government is comprised of humans and humans have different interpretations of what is appropriate. Psycho Pass shows us that blind trust in technology can result in small problems that build into large problems over time.

1 Response to Psycho Pass and Philosophy: Does Reliance on Technology Help or Hinder?