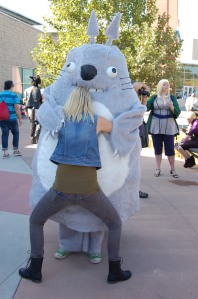 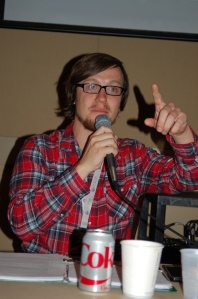 This is the list of the anime that we reviewed for our panel on “What’s New in Anime” at Anime Banzai 2014. In this panel we reviewed anime that has started airing in the past year, which includes: Winter, Spring, Summer, and Fall 2014. To clarify, the first season of the anime had to have first aired in the past year. There is a lot of new anime, 50+ each season, so it is not possible to review everything that has started airing. We appreciate everybody that came to our panel. Here is a short summary of each anime so that you can read through and get some ideas on new anime that you can watch.

Transfer student Momoka is forced into her schools survival club by the over-zealous Miou. She must learn to hold her own amongst air soft gun wielding teen girls.

Following a freak accident college freshman Kaneki wakes up with a bizarre hunger after receiving a complete transplant of ghoul organs. He must now figure out where a half human/half ghoul fits into society. 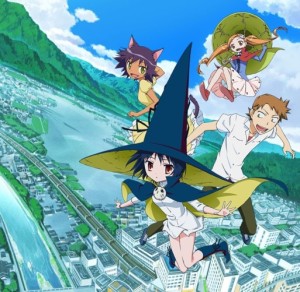 Girl obsessed high schooler Shibaki finds his fortune entangled with a young looking witch who has given him 666 magic tickets. However every time he uses one it takes a part of his life.

Humanity finds itself in a cease fire while at war with the colonizers of Mars. After a plot by the Martian Empire to kill the princess of Mars, fighting resumes and it’s up to Inaho, a soldier in training, and his friends to hold them off.

After realizing the corruption of his government Tatsumi, a young fighter, is recruited to a group of assassins called “Night Raid”. 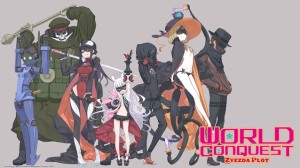 Asuta Jimon, a boy who ran away from home ends up meeting Kate a.k.a. Lady Venera on the street, and gets roped into joining Zvezda, a group after world domination.

Yona is a princess and heir to her kingdom. After her father is murdered by her cousin she retreats to the wilderness with her bodyguard Hak.

The train conductor career is a dream job. It’s too bad that Naohito Takayama was placed in the Security Force instead. 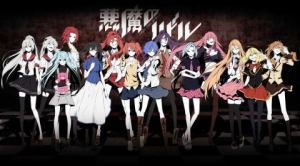 12 assassins are in a class together. The 13th classmate is not an assassin, but the other 12 are trying to kill her. 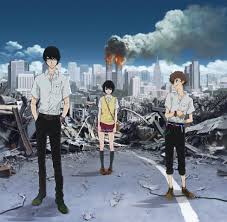 Terrorists threaten Tokyo with bombs via the internet. Can the police solve the terrorist’s riddles before the bombs explode?

Seiya Kanie agrees to help revitalize a failing amusement park to save it from going out of business. 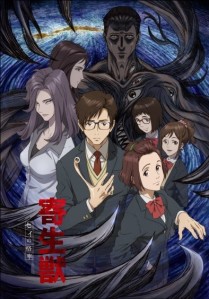 Izumi Shinishi is a normal high-school boy until he is infected by a mysterious parasite. This is when the whole world takes a turn for the dark and twisted.

A seemingly normal high-school boy has to crossdress for the rest of his high-school career to pay off his parent’s massive debt. 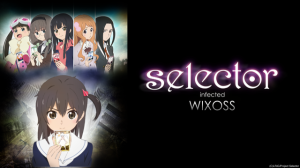 Ruko Kominato starts playing WIXOSS to gain friends but quickly finds out that there is a lot more to this card game than meets the eye. 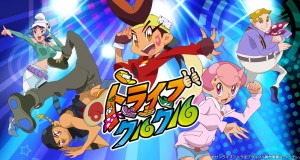 So much dancing. An unlikely couple start dancing together in order to become the ultimate dancers.

As punishment for punching a famous calligrapher, young calligrapher Handa Seishu is exiled to a small island where he has to adapt to his new wacky neighbors.

Due to young Koutarou’s financial circumstances, he must live on a tight budget. He soon discovers a rent-free apartment, there’s just one problem, room 106 of Corona Apartments is cursed in more ways than one.

Chiyo has a crush on schoolmate Nozaki, but when she confesses her love he mistakes her for a fan and gives her an autograph. She then discovers that he is her favorite shoujo manga artist.

One day on her way home Rinka, a poor high school student, follows a flying penguin to the top of New Tokyo Tower where a flying goldfish passes through her and gives her the power to slip through solid objects. 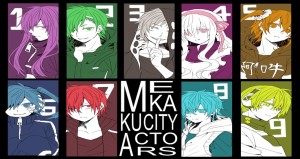 A rare incident bring a group of young boys and girls together that call themselves the “Mekakushi Dan”. Each member possesses a strange power involving their eyes.

The story follows Sayuri Haruno, a girl who attends an elite confectionery school Fleurir on a scholarship to follow her dream to open a pastry shop. There she meets several charming young men.

Every day is a normal day in the small town where Kasuga Arata lives; however, everything changed on the day of the Black Sun, and following it, a magician appears before him.

On an artificial island named Nanae Island, a boy finds himself living with the ghost of the island’s founder. He must find her killer to free her from his apartment. 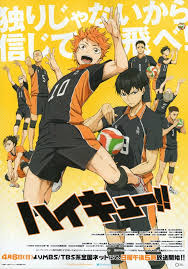 If Her Flag Breaks

A high school boy has the ability to visualize “flags” on people’s heads. They stand for future events such as; death flag, friendship flag, and romance flag. He is challenged with changing the course of action by breaking the flags and making them change. 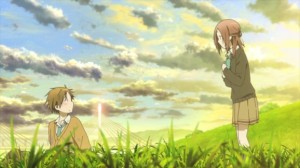 Kaori reveals that she loses every memory of her friends each Monday. Despite learning this, Hase endeavors to become her new friend every week. 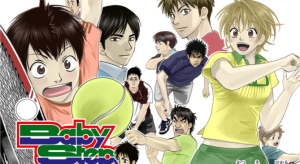 What happens when a nerd tries to play sports! Maruo uses his smarts to develop an extremely strategic approach to tennis.