Anime Banzai finished its 10th year anniversary today. The third day of Banzai was only a half-day compared to the first two days. Day one and two ran from about 8am to midnight. Day three ran from about 9am to 5pm or 6pm. This says more about the impressive amount of material that the convention provides on the first two days. The anime viewing rooms were running throughout all three days, providing two rooms that showed two to three episodes of dozens of anime. The card/board gaming room was another area that was consistently running throughout the entire convention. These rooms, combined with the arcade and other areas, helped provide parity and diversity for the convention. It shows that the staff wanted to provide a wide variety of content for the convention attendees.

Day three began with Banzai on Broadway. This is another staple of the convention that is performed on the main stage. This is an interesting activity and is entertaining to watch.

My fellow SLC Anime members Breanne Evans, Brittany Evans, Lindsay Starke, and myself presented our “Studio Ghibli: Need I Say More?” panel on day three. I will post the full details of the panel as soon as I am able. The panel organizers had combined two of the smaller rooms to make a large panel rooms on Sunday and our Ghibli panel was in this larger panel room. We had a full room and it was a wonderful panel. There was fantastic discussion on everything Studio Ghibli related. A huge thanks from my fellow panelists to everybody that attended the panel. Check out SLC Anime on facebook and join our group to chat about Shudio Ghibli or anything else anime all year long and get ideas/suggestions for new anime to watch. 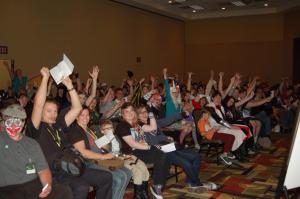 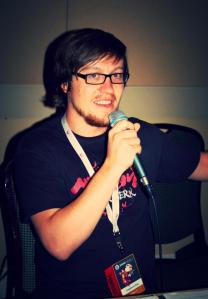 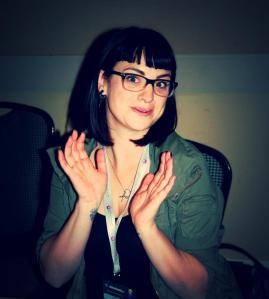 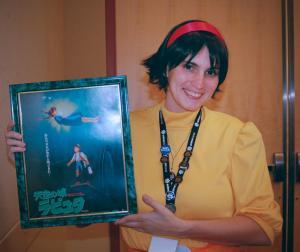 The Closing Ceremonies occurred in the main ballroom. The convention organizers gave some comments and then the special guests came out and thanked the convention for having them. The special guests for the convention included: Chris Patton, Jan-Scott Frazier, Vic Mignogna, Chuck Huber, Warky T. Chocobo, and Sonny Strait. The closing ceremonies also included the Anime Music Video (AMV) Awards. There were six AMVs that received awards and the winning AMVs were played on-screen. The closing ceremonies were followed by a convention feedback panel with the Anime Banzai staff.

Anime Banzai is the largest anime convention in the State of Utah. That being said, it is a lot smaller than the larger Comic Cons in the State. It is understandable since Anime Banzai is focused only on anime, as opposed to being an all-out pop culture convention. There is still a lot of room for growth though. It would be nice to see the staff at Anime Banzai take the next step to make the convention larger. It is apparent that the convention wants to grow, but there is no physical space for that in their current setup. The exhibit hall and artist alley have vendors that want to sell their goods, but they are denied for space reasons. It would also bring more quality panels to the convention if they followed suit of other conventions and provided complimentary passes to the panelists as gratitude for providing entertainment for attendees to enjoy.

I truly enjoy Anime Banzai. I have been to the convention for several years and have seen it grow. To be honest, I am not sure if it grew this year or not. I would hate to see it stagnate and diminish. It is a unique convention with a lot of character and needs to continue to evolve and grow. I would like to say thank you to everybody that helped make Anime Banzai a positive experience for me. I would also like to once again thank my fellow SLC Anime members and panelists Breanne Evans, Brittany Evans, and Lindsay Starke. Lastly, a huge thank you to Breanne Evans for providing so many photos of the convention. 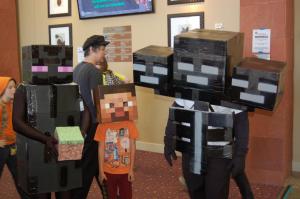 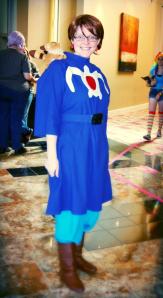 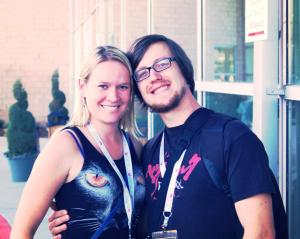 Photos courtesy of Breanne Evans. Feel free to share but please give some credit to Fragglepuss.com.